Manga creator Kanato Oka launched a new manga titled Kenran Bankara in Kadokawa‘s Comic Newtype website on Tuesday. The manga is an adaptation of Junpaku Natsume’s Junpaku to Ōgon (White and Gold) light novel. “Chapter 0” debuted on Tuesday, followed by the first chapter on May 3, and the second chapter on May 10. 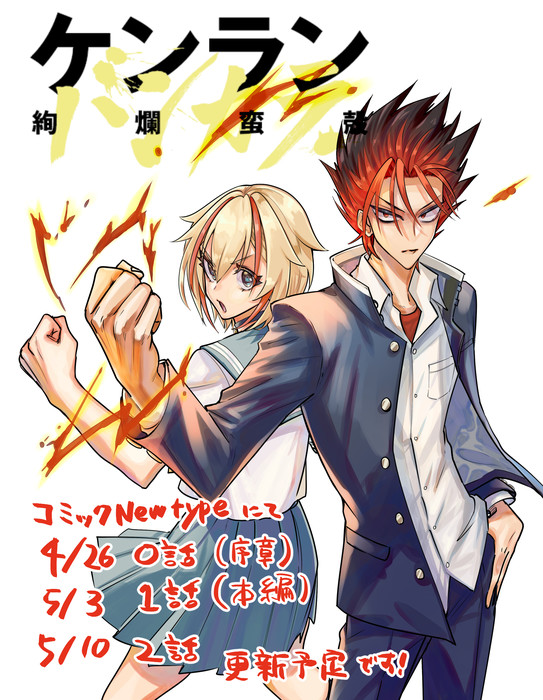 The manga is set in Japan during the “Golden Age of Delinquents.” Delinquents first ran rampant in northern Japan driving people out and making it a lawless land. A man known as the “White Demon” suddenly appeared and defeated delinquent after delinquent, slowly restoring order, before he disappeared, and was passed down as a legend among delinquents. Now, in the Neko-oka ward of delinquent-ruled Tokyo, six schools send six representatives to discover a new White Demon.