The song launches on Thursday. 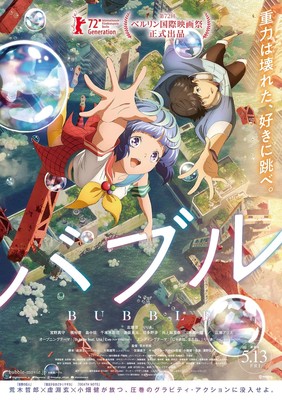 The film will debut worldwide on Netflix on April 28, and will open in Japanese theaters on May 13. The film played as an official selection of the Generation 14plus section at the 72nd Berlin International Film Festival on February 10-20.

The story is set in Tokyo, after bubbles that broke the laws of gravity rained down upon the world.

Cut off from the outside world, Tokyo has become a playground for a group of young people who have lost their families, acting as a battlefield for parkour team battles as they leap from building to…