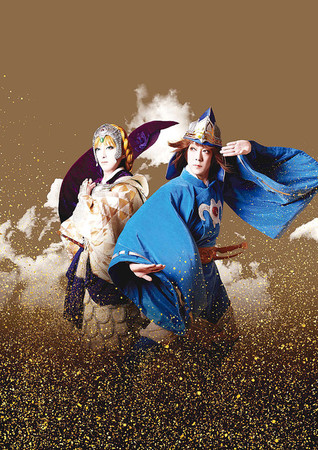 Shochiku‘s official kabuki Twitter account revealed on Tuesday that the previous kabuki stage play adaptation of Hayao Miyazaki‘s Nausicaä of the Valley of the Wind manga is getting a new run at Tokyo’s Kabukiza theater from July 4-29 titled Kaze no Tani no Nausicaä Ue no Maki: Shiroki Majo no Senki (Nausicaa of the Valley of the Wind First Volume: Battle Chronicle of the White Witch).

The new run of the play will be the third act of an overall performance each day, which starts at 6:30 p.m. (the first two acts featuring other plays start at 11:00 a.m. and 2:40 p.m. respectively).

G2 is again directing the play alongside Onoe Kikunosuke V. Onoe Kikunosuke V is also starring in the play as Princess Kushana, although he played Nausicaä in the previous run. Nakamura Yonekichi V will play Nausicaä. Other cast…