The Idolm@ster Cinderella Girls U149 Manga Gets TV Anime – News

The Idolm@ster Cinderella Girls U149 Manga Gets TV Anime – News

Kyowno drew the following illustration to celebrate the news: 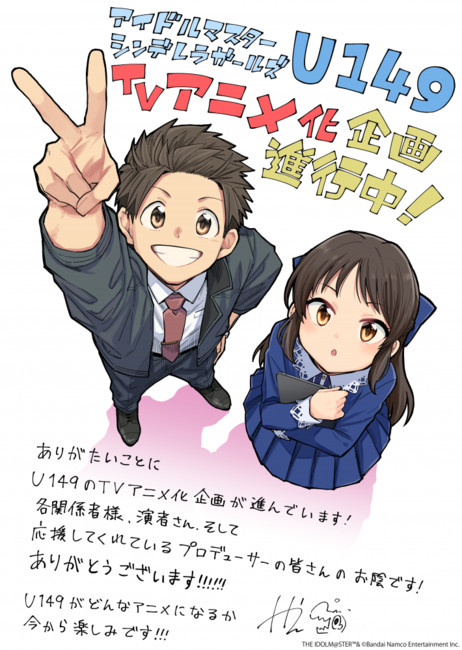 The manga centers around girls under 149 centimeters tall (under about 4-feet, 11-inches) who aspire to be idols despite not having a producer or gigs. However, maybe with a marvelous dress, a marvelous stage, and a marvelous prince … The new Cinderella story follows these small idols and their small rookie producer.

Kyowno launched the manga on Cygames‘ online Cycomi service in 2016, and Cygames published the fourth volume in October…