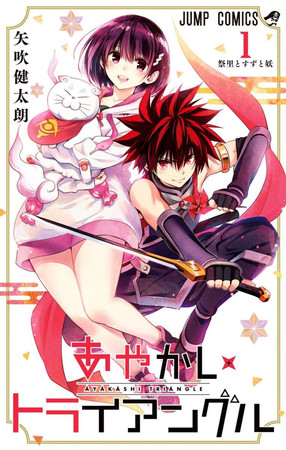 This year’s 20th issue of Shueisha‘s Weekly Shonen Jump magazine revealed on Monday that Kentaro Yabuki‘s Ayakashi Triangle manga is moving from the magazine to the Shonen Jump+ app and website starting with the next chapter on April 25. Shueisha stated each chapter of the manga will include a color page going forward.

Viz Media and Shueisha are both publishing the manga in English digitally, and Seven Seas is releasing the compiled book volumes digitally and physically in English. Seven Seas describes the story:

Teenager Kazamaki Matsuri has long been part of an elite force of ninja exorcists, tasked with fighting malicious ayakashi spirits who threaten Japan–especially those after his childhood friend, the spirit medium Kanade Suzu. As he fiercely protects her, and his relationship with her blooms…