Aniplex revealed on Saturday that its recently announced “Project Engage” anime is a romantic comedy television anime titled Engage Kiss, and will premiere in July. A-1 Pictures will animate the series. 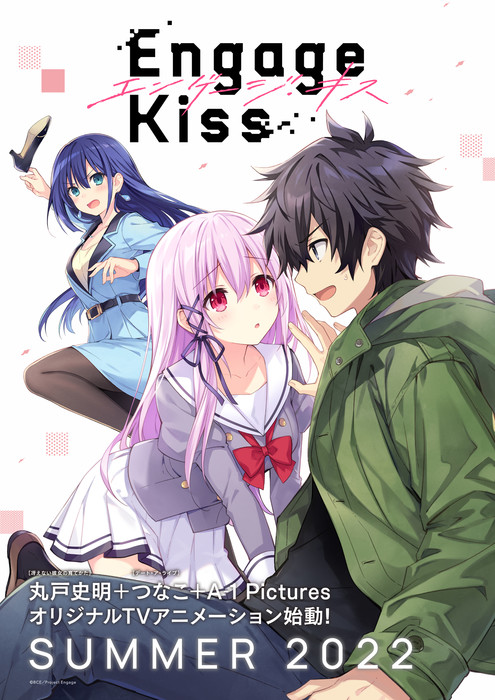 The anime is set in Baylong City, an artificial island city established in the Pacific Ocean to exploit local natural resources. The anime centers on three characters. The first is Shū, who runs a small company, though his spending habits have left him constantly penniless. A girl named Kisara frequents Shū’s office and is constantly worried for him. Kisara attends a high school in Baylong City, and does everything from clerical work to household chores with confidence. Meanwhile, Ayano is Shū’s ex-girlfriend and former work colleague in a company that Shū used to work for.