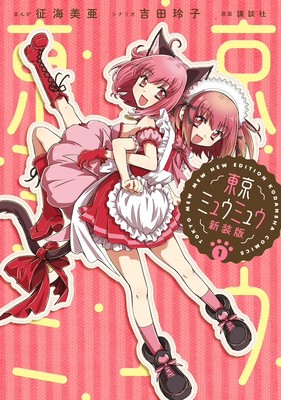 The official website of Kodansha‘s Nakayoshi magazine announced on Monday that manga artist Mia Ikumi passed away on March 7 due to a subarachnoid hemorrhage surrounding the brain. Her family held a private funeral.

Ikumi debuted with the Super Doll Licca-chan in Nakayoshi magazine, where it ran from 1998 to 1999.

Ikumi would later draw the art for her most iconic work, the magical girl manga Tokyo Mew Mew with writer Reiko Yoshida. The pair serialized the manga in Nakayoshi from 2000 to 2003, and Kodansha published seven volumes for the manga. Tokyopop published all seven volumes in English. Kodansha Comics released the manga in three omnibus volumes with a new translation in 2011.