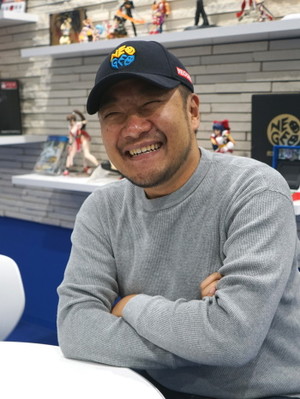 The King of Fighters XV arrived last month with an ambitious new take on SNK‘s long-running series, packing in both new ideas and characters alongside a familiar lineup and voluminous references to previous games. Currently available on PlayStation 4, PlayStation 5, Xbox series X and S, and Steam, it’s met with a largely positive reception from series fans and newcomers alike.

We caught up with The King of Fighters XV creative director Eisuke Ogura and game director Kaito Soranaka to find out their thoughts on the recent entry, their inspirations for the combat, and their dream team from across the SNK universe.

How did you decide which characters to…