Screenings to be held in Los Angeles, New York 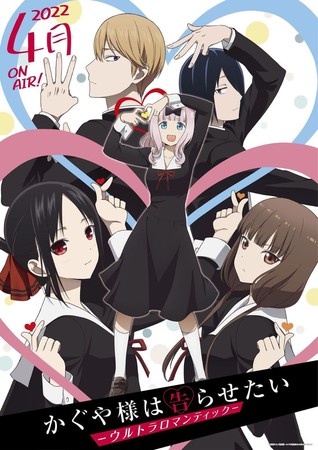 Aniplex of America announced on Monday that it will host the U.S. premiere advanced screening of Kaguya-sama wa Kokurasetai -Ultra Romantic-, the third season of the Kaguya-sama: Love is War television anime, on April 2 at the Aratani Theater in Los Angeles at 4:00 p.m. PDT and at Japan Society in New York at 7:00 p.m. EDT.

Tickets go on on sale Tuesday. Premium Tickets will bundle a poster and a limited-edition tote bag featuring Kaguya.