How would you rate episode 10 of
Love of Kill ? 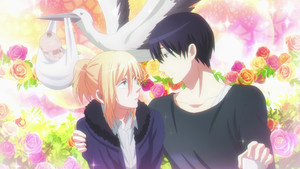 I must admit, I was genuinely feeling a bit impatient for about two-thirds of this week’s episode. A lot of that comes down to how the last episode ended: in the middle of a rather intense predicament, with flashbacks that reveal more about our characters past in a way that definitely felt more direct compared to what we had gotten before. But instead of following up on that, this episode opens with a completely different atmosphere and tone from those scenes. Not only did it give me whiplash, but it also made me think that I accidentally skipped an episode before it took a few minutes to explain what had happened off screen for our duo to escape what…