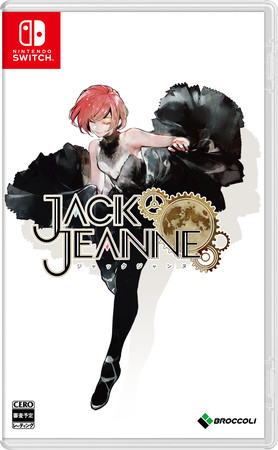 The official Twitter account of Broccoli‘s Jack Jeanne collaboration game project with Tokyo Ghoul manga creator Sui Ishida announced on Thursday that the game will get releases in English and Traditional Chinese. The game’s UI and text will get English and Chinese translations but the voice acting and music will remain in Japanese in the localized releases.

The game launched for Nintendo Switch in Japan in March 2021 after two delays.

The game has both visual novel and rhythm game elements, and centers on the theater and a drama school setting. Broccoli stated the game has “20 novels” worth of story. The game’s main scenario is fully voiced.

The game’s story centers around protagonist Kisa Tachibana, a girl who had given up a career in theater, but receives an…