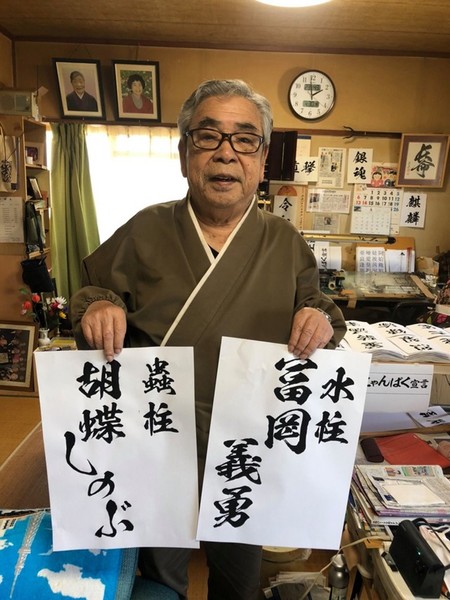 The Minami Nihon Shimbun newspaper reported that calligrapher Tsunanori Sakaguchi passed away on Monday due to heart failure. He was 86 years old. Sakaguchi, who worked under the name Eisen Tsunanori, created 57 different types of calligraphy fonts spanning 400,000 different characters. His fonts were widely used in television, books, and games, including in the Demon Slayer: Kimetsu no Yaiba anime series.

Sakaguchi was born in November 1935 in Satsuma in Kagoshima prefecture where he also passed away on Monday. During his life, he briefly lived as a child in Taiwan and enjoyed both drawing and painting. According to his biography on Adobe.com, when he was in the fourth grade he was tasked to help raise funds for his elementary school by selling paintings.

Sakaguchi went on to apprentice as a sign maker in Tokyo…