Tsuburaya Productions revealed during the Tsuburaya Convention 2021 livestream event on Monday that the second Ultraman anime season will debut on Netflix worldwide in April. The event also revealed a new visual. 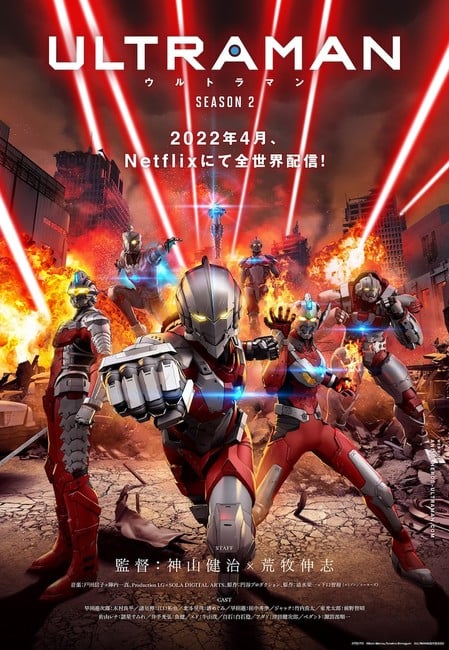 Additionally, the event revealed that Junichi Suwabe will voice Alien Pedanto in the anime. 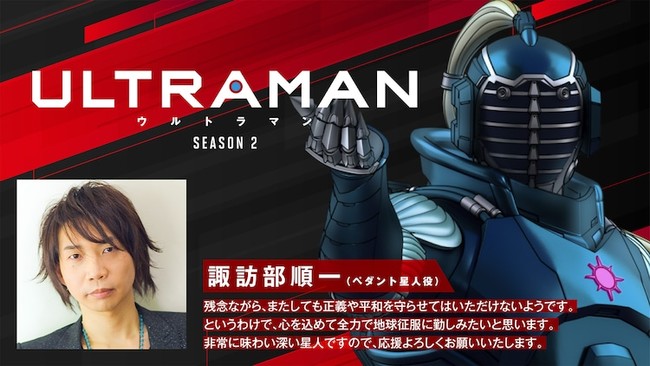 Several years have passed since the events of Ultraman, with the legendary “Giant of Light” (光の巨人 Hikari no Kyojin) now a memory, as it is believed he returned home after fighting the many giant aliens that invaded the Earth. Shin Hayata’s son Shinjiro seems to possess a strange ability, and it is this ability, along with his father’s revelation that he was Ultraman, that leads Shinjiro to battle the new aliens invading the Earth as the new Ultraman.

The first anime season premiered globally on Netflix in April 2019…