How would you rate episode 9 of
Love of Kill ? 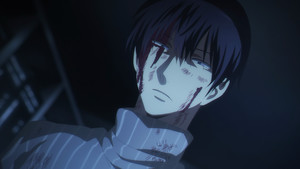 The curtain to the show’s prevailing mysteries are finally starting to be pulled back, and some of the revelations we get this episode are very intriguing despite the fact that, by the time we reached the end of the episode, we didn’t get nearly as many answers as I was expecting. Love of Kill definitely knows how to string its audience along with its mystery. My favorite part of the entire episode was Ryang-ha and Donny’s interaction at the beginning, which is filled to the brim with tension and anticipation. I was glued to their every word because I just needed to know if these two had a connection at all. We know that this mob boss looked after a kid named Ryang-ha who apparently was transporting a young Château. However, despite looking very different,…