Episode 4 – Handyman Saitō in Another World

The official website for the television anime of Coa Momose‘s 3-byō Ato, Yajū.: Gōkon de Suma ni Ita Kare wa Midara na Nikushoku Deshita (3-Seconds Later, A Wild Beast.: The Man in the Corner at the Mixer Was Indecently Carnivorous) manga began streaming a commercial for the show on Monday that reveals that the show will premiere on April 3. 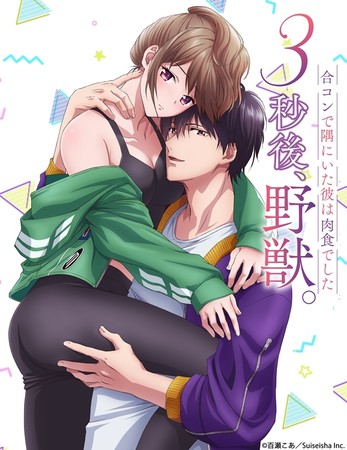 As in many of the previous AnimeFesta (formerly ComicFesta Anime and Anime Zone) projects, the new anime credits two different voice casts for the anime’s on-air and premium versions:

Ryo Nakamura is directing the anime at Staple Entertainment, and Date Tsuyama is writing the scripts. Kuribayashi-Waeisu-Jūgo is designing the characters. Taeko Ōgi is serving as the chief animation director. Hiromi…