Fighting for peace — and their sponsors — the odd couple of Wild Tiger and Barnaby continue to work as superheroes. But with the number of superheroes increasing around the world, how will these two veterans fare!? 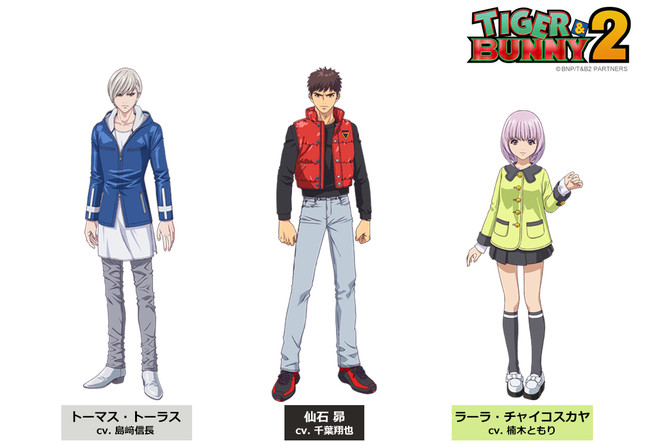 The new cast members include: (left to right in above image, character name romanizations are not confirmed)

The artist ano will make her major debut with the ending theme song “Aida” for the show’s first part.