This year’s 12th issue of Kodansha‘s Morning magazine revealed on Thursday that Rie Aruga will launch a new manga titled Kōjō Yakei (The Skyline From the Factory) in the magazine’s next issue on February 24. The magazine teases the manga with the tagline “Summer at 17. That incident changed everything.” 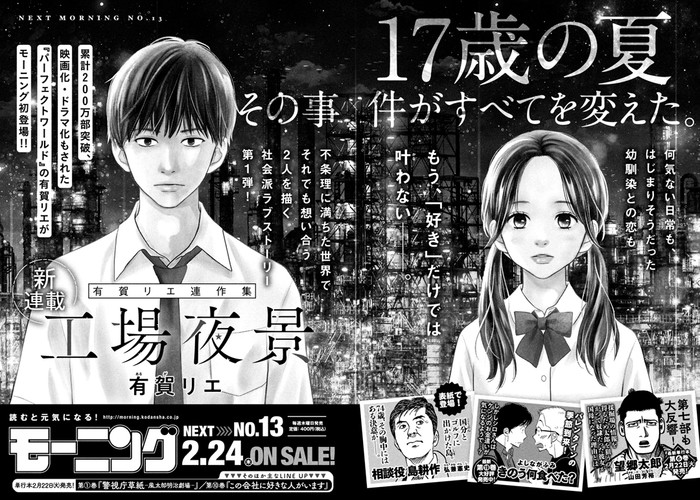 The “social awareness” manga centers on the relationship between two childhood friends, who have a love that surpasses words such as “I like you,” and persists even in an unfair world.

Aruga launched the Perfect World manga in Kodansha‘s Kiss magazine in February 2015, and ended it in January 2021. Kodansha published 12 compiled book volumes for the manga. The manga was nominated in April 2019 for Kodansha‘s 43rd annual Manga Awards. Kodansha Comics is releasing the manga digitally and physically…