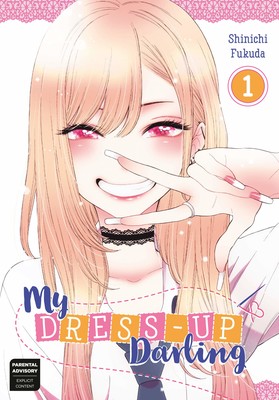 Square Enix Manga & Books publishes the manga in English, and it describes the story:

Traumatized by a childhood incident with a friend who took exception to his love of traditional dolls, doll-artisan hopeful Wakana Gojō passes his days as a loner, finding solace in the home ec room at his high school. To Wakana, people like beautiful Marin Kitagawa, a trendy girl who’s always surrounded by a throng of friends, is practically an alien from another world. But when cheerful Marin–never one to be shy–spots Wakana sewing away one…