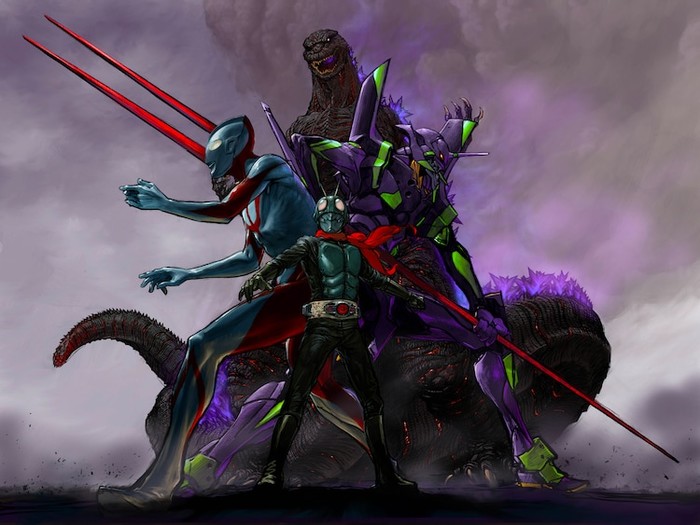 Mahiro Maeda drew the above visual, while Yutaka Izubuchi drew the below emblem logo.

In addition to co-writing and directing the Evangelion franchise, Anno is the writer and co-director of the Shin Godzilla film, the writer of…