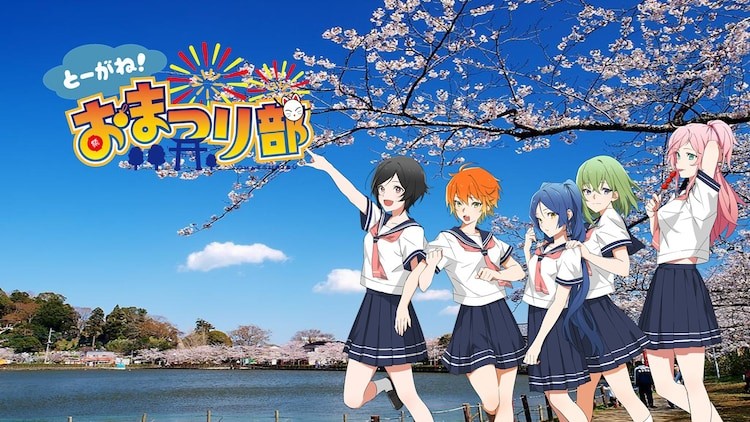 The story follows Minori Tochino, a girl who is into festivals, and her friends as they strive to revive the festivals that once were a dynamic cultural part of their city station’s west side. The series will employ limited animation to depict the characters’ expressions with real photographs of Tōgane city as backgrounds, in the vein of Flash animation projects.

Nobuhiro Suzumura, a director on several Kamen Rider and Super Sentai series as well as the live-action Pretty Guardian Sailor Moon series, is directing the anime, and Shioaji-Takatora is supervising the series scripts. Yū Tokiniwa is designing the characters. Hiromichi Nakajima (