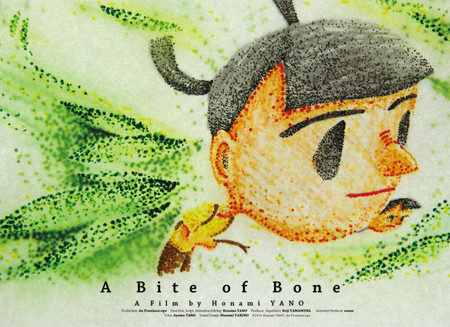 The staff of the New York International Children’s Film Festival (NYICFF) announced on Tuesday that it will screen Honami Yano’s “Honekami” (“A Bite of Bone”) short animation and Koji Yamamura‘s “Polar Bear Bears Boredom” short animation. This year’s festival celebrates its 25th anniversary and will take place from March 4-March 19 at the SVA Theatre, New York.

NYICFF will screen “A Bite of Bone” in Japanese with English subtitles and it describes the short:

Vividly-rendered animation relays this story of a little girl’s last summer with her father.