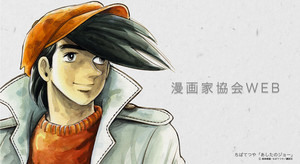 The Japan Cartoonists Association issued a formal statement on its website regarding Russia’s invasion of Ukraine, stating that it wishes for a swift end to the armed conflict.

The Association affirmed its anti-war stance, explaining that the rise of Japanese manga took place after the end of World War II, and that many of the artform’s pioneers were survivors of the war. Therefore, manga is built on “the prayers for a world for the children where war will never happen again.”

The Association extended its gratitude to Ukraine for the outpouring of support in the wake of the 2011 Tōhoku earthquake and tsunami and the nuclear accident at Fukushima. Ukranian artists participated in the “Okiagari-koboshi” charity project by Japanese designer Kenzo Takada. The Association sent a…