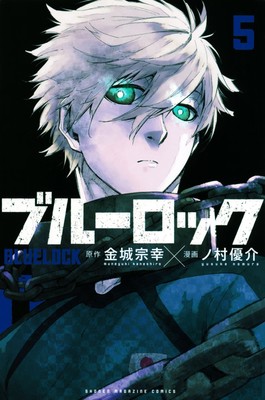 The April issue of Kodansha‘s Bessatsu Shōnen Magazine revealed on Wednesday that Muneyuki Kaneshiro and Yūsuke Nomura‘s Blue Lock soccer manga will have a spinoff manga that will launch in the magazine’s July issue on June 9. The manga will focus on Seishirō Nagi before he enters the titular Blue Lock facility. The magazine will reveal the artist for the manga at a later date.

Kodansha Comics is publishing the original Blue Lock manga in English digitally, and will also release it in print. The company describes the story:

After a disastrous defeat at the 2018 World Cup, Japan’s team struggles to regroup. But what’s missing? An absolute Ace Striker, who can guide them to the win. The Japan Football Union is hell-bent on creating a striker who hungers for goals and thirsts for victory, and who can be the…