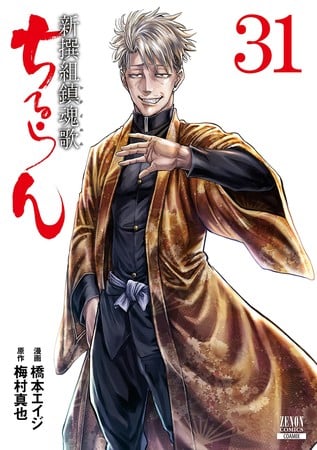 Umemura provides the story, and Hashimoto illustrates the manga. The duo launched the series in the inaugural issue of Tokuma Shoten‘s Monthly Comic Zenon magazine in 2010. Coamix published the 31st volume on September 18.

Mangamo is releasing the manga in English digitally under the title The Shinsengumi, and it describes the manga:

The Shinsengumi were a special police force in Japan in the 19th century. Tasked originally with protecting the Shogunate, they eventually dedicated themselves to restoring order in Kyoto. Hijikata Toshizo is responsible for the death of the Shinsengumi, but he was once…