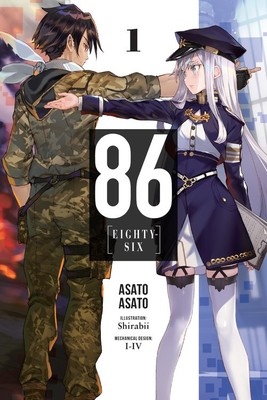 The official Twitter account for Kadokawa‘s Dengeki Bunko imprint announced on Wednesday that the 11th volume of Asato Asato‘s 86 light novel series, 86 ―Eighty Six― Ep.11― Dies Passionis ―, has been delayed from its originally scheduled December release to February 2022 due to Asato’s poor health.

Asato launched the novel series under Kadokawa‘s Dengeki Bunko imprint in April 2017. Shirabi (The Ryuo’s Work Is Never Done!, Myriad Colors Phantom World) is drawing the illustrations, and the artist I-IV (Aldnoah.Zero, Re:CREATORS) is in charge of mechanical design. The 10th volume shipped on June 10.

The San Magnolia Republic has long been under attack by unmanned weapons from the neighboring Empire. Against this onslaught,…