Thermae Romae manga creator Mari Yamazaki tried her hand at drawing the characters on the Eternals film poster. The drawing, which was released on Friday, was created with the approval of the cast of the Marvel Studios live-action film. 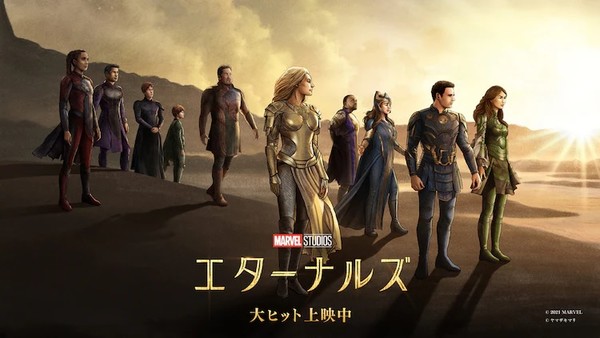 In her comment, Yamazaki spoke of her respect for Eternals director Chloé Zhao and praised the film’s diverse representations and themes. Her comment is translated below:

Chloé Zhao won an Academy Award for Nomadland, a film that made me feel the difference in human values and living on earth. I was surprised when I found out that she was filming a Marvel superhero film. Because of my respect for her, I accepted the offer to draw a promotional illustration for the film, but I was even more surprised when I found out that each cast member personally approved the characters I had drawn.

Chloé Zhao’s appeal is in portraying the so-called…