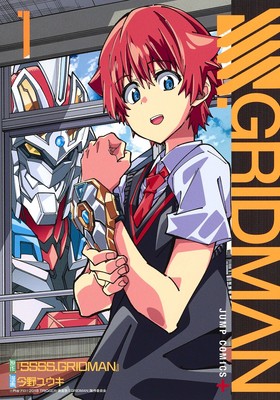 Konno launched the manga on Shueisha‘s Shonen Jump+ website in November 2019. Shueisha published the manga’s fifth compiled book volume on September 3, and will publish the sixth volume on January 4.

The 12-episode SSSS.Gridman anime premiered in October 2018. The anime was a collaboration between the anime studio Trigger and Tsuburaya Productions — the creator of the Ultraman franchise and the original 1993-1994 live-action tokusatsu (special-effects) series Denkō Chōjin Gridman. Crunchyroll and Funimation streamed the anime as it aired, and Funimation also streamed an English dub for the anime.

The anime has since