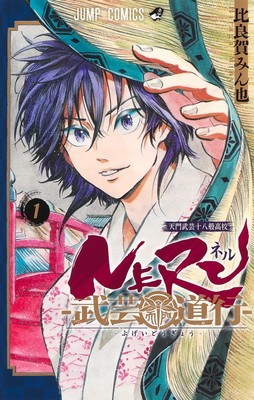 Minya Hiraga‘s Neru: Way of the Martial Artist (Neru: Bugei Dōgyō) manga ended on Monday in this year’s 50th issue of Shueisha‘s Weekly Shonen Jump magazine. Shueisha had teased last week that the manga would reach its climax in the 50th issue.

The manga’s second compiled volume will ship on January 4. The third and final volume will ship on February 4 and will include the previously online-only serialization “Bugeidōgyō NERU,” which ran in the digital version of Weekly Shonen Jump starting in September 2020.

Kawaguchi launched Neru: Way of the Martial Artist in the 32nd issue of Weekly Shonen Jump on July 5. Viz Media and MANGA Plus are both publishing the manga digitally in English. MANGA Plus describes the story: