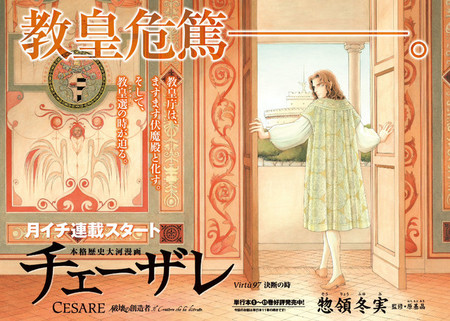 This year’s 47th issue of Kodansha‘s Morning magazine revealed on Thursday that Fuyumi Soryo‘s CESARE – Il Creatore che ha distrutto historical manga will end in its next chapter. The next chapter will appear in the magazine’s 52nd issue on November 25.

Soryo launched the manga in Morning in 2005, and Kodansha published the 12th volume in June 2019. The manga went on hiatus in October 2014 and resumed in November 2018. The manga inspired a stage musical that was supposed to premiere in April 2020, but was canceled due to the pandemic. A concert was instead held in July 2020.

Soryo published her Mars manga in Bessatsu Friend from 1996-2000, and Tokyopop published all 15 volumes of the series and the Mars Gaiden prequel in…