“Even if history does not remember [the marginalized], within the span of their own lives, there were surely people who understood them.”

INU-OH director Masaaki Yuasa spoke about his inspiration behind the film at its Japan premiere at the Tokyo International Film Festival (TIFF). The film, which depicts the friendship between a blind biwa player and the eponymous Noh performer Inu-Oh, was Yuasa’s attempt to tell a story lost to time. He hopes that audiences can see it as a positive story about disability and living true to oneself. 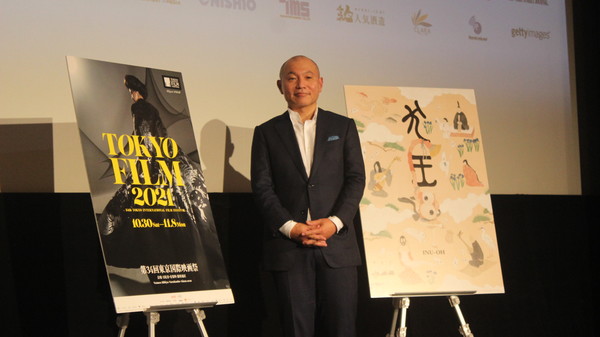 According to Yuasa, the fundamental theme is expressed through the character of Inu-Oh himself: although he is initially feared because his physical appearance is considered grotesque, he discovers his talent for dancing and becomes a star performer. Yuasa finds his upbeat attitude inspiring.

“He doesn’t let the opinions of others weigh…