MAPPA‘s 10th anniversary exhibit in Tokyo covers a hefty amount of ground: 36 titles were represented, which averages out to four titles per year. That’s not even the studio’s entire output, by the way—MAPPA has come a long way in just 10 years.

The studio’s eclectic nature is evident in the exhibit’s key visual, which features dozens of characters who are all equally prominent. It’s an affirmation that MAPPA‘s current brand identity is in being able to handle anything, regardless of genre or style. 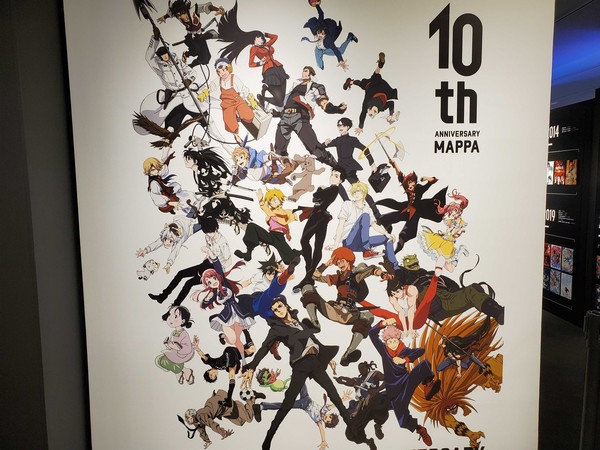 The list of titles represented at the exhibit is as follows:

Because of the sheer breadth of the exhibition, only a smattering of storyboards, designs, and production materials were dedicated to each title. Certain big-name titles like Yuri!!! on Ice, Jujutsu Kaisen, and Attack on Titan come up at multiple junctures, but for the most part, the titles were arranged…