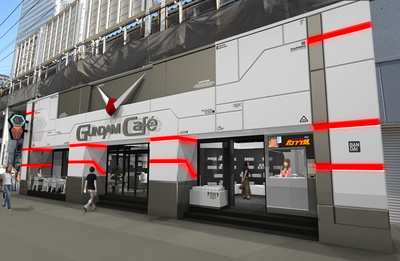 The official website for the Gundam Cafe themed restaurants announced on Monday that four of the five current locations will close next January, and fifth is slated to close in March.

The Gundam Square cafe in Osaka will close on January 10. The flagship Gundam Tokyo Cafe Brand Core in Akihabara, the cafe at DiverCity Tokyo Plaza in Odaiba, and the Fukuoka cafe will all close on January 30. The Dohtonbori, Osaka location already shut down on March 31 earlier this year.