The official website for the television aime of Shinkoshoto‘s The Strongest Sage With the Weakest Crest (Shikkaku Mon no Saikyō Kenja) light novel series posted the anime’s first full promotional video and theme song artists. The website also confirmed that the anime will premiere on Japanese television in January 2022, which is when Crunchyroll will stream the anime.

The anime will premiere in January 2022 on the Tokyo MX, BS11, and Sun TV channels. 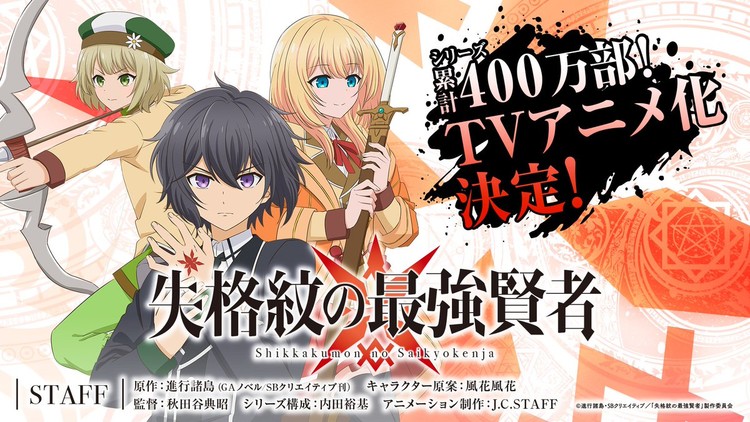 Noriaki Akitaya is directing the anime at J.C. Staff, and Hiroki Uchida is supervising the series scripts.