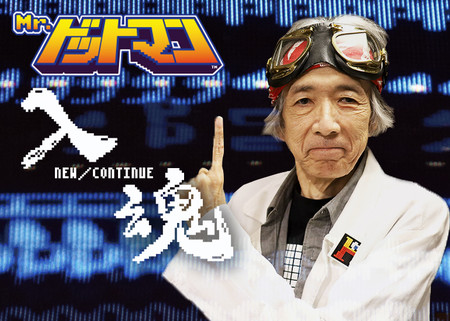 The official Twitter account of the original pixel-art designer of Namco‘s Xevious, Galaga, and Dig Dug games Hiroshi Ono, also known as “Mr. Dotman” and the “God of Pixel Art,” announced on Monday that Ono passed away on October 16 due to illness. He was 64.

Although the illness was not specified, he had been hospitalized for autoimmune hepatitis as of October 6. The funeral service is for close relatives only.

Ono was born on June 24, 1957. After graduating from Nippon Designer Gakuin, he joined Namco in 1979 as a graphic designer. He worked on sprites and logo designs for numerous Namco titles, including Xevious, Galaga, Dig Dug, Mappy, Super Pac-Man, and Rally-X. He continued working at the company when it merged with Bandai in 2006. He left Bandai Namco in 2013 to work as a freelancer. Ono also ran pixel art workshops. He…