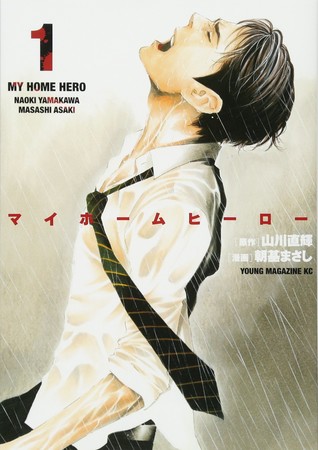 This year’s 47th issue of Kodansha‘s Weekly Young Magazine revealed on Monday that Naoki Yamakawa and Masashi Asaki‘s My Home Hero manga has ended its second part, and will enter a hiatus before returning in spring 2022 to begin the manga’s final arc.

The magazine previously revealed earlier this year that the manga was approaching its climax.

Yamakawa and Asaki launched the manga in Weekly Young Magazine in May 2017. The manga’s 15th volume shipped on August 5, and the 16th volume will ship on November 5.

The manga centers on a salaryman who has a reliable wife and a daughter in university who can sometimes act a bit rebellious, but has a happy life in his own way. Until one day he finds out his daughter has been beaten, and thus begins his journey into a dangerous world to protect his…