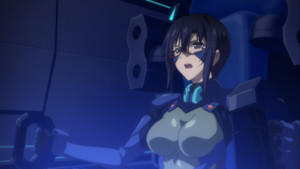 The story is about humans who wage a long battle against the extraterrestrial species BETA, with humanoid weapons known as Tactical Surface Fighters.

Muv-Luv Alternative is based on the second game of the Muv-Luv franchise by âge and streams on Crunchyroll on Wednesdays. 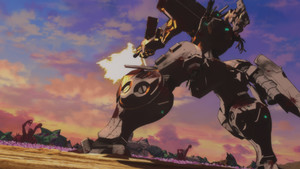 Muv-Luv is one of those sprawling franchises I’ve always wanted to get in to. Sadly, at the
moment, I have only seen the spinoff Schwarzes Marken (which helpfully takes place in the
Muv-Luv Alternative timeline, though in the 1980s). However, those who are bigger fans
than me that I’ve talked to all seem to agree that Muv-Luv Alternative is the pinnacle of the
franchise—and after even only a single episode, I think I am beginning to see why.

At first, this episode seems to be your…