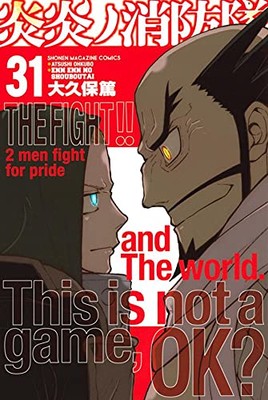 Ohkubo previously hinted in the author commentary of the manga’s 23rd compiled book volume in May 2020 that the manga was in its final stage, and that he is planning for Fire Force to be his final manga.

Ohkubo (Soul Eater) launched the series in Kodansha‘s Weekly Shōnen Magazine in September 2015, and the manga has more than 17 million copies in circulation worldwide. The manga’s 31st volume will ship on Friday. Kodansha Comics publishes the manga in English, and it describes the story:

Terror has paralyzed the clockwork metropolis of Tokyo! Possessed by demons, people have begun to burst into flame, leading to…