The Dirty Pair – This Week in Anime

The Dirty Pair – This Week in Anime

With a a Kickstarter campaign to fund an English-dubbed Blu-ray Disc release underway, Jean-Karlo and Steve check in on the Lovely Angels’ legacy of sci-fi comedy to see if it still holds up.

This series is streaming on RetroCrush and Crunchyroll

Well, Jean-Karlo, since we had such a fun time in the 1980s last week, why don’t we stick around a bit longer and see if there are any other animated classics that recently wriggled their way into the headlines? Oh, on that note, I seem to be getting a very remote transmission. Let me switch to my second monitor. 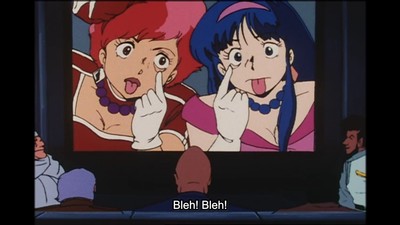 That’s them, officer! Those are the women that beat me up and took my wallet and broke my Microsoft Dinosaur CD into little…
Read full Story ➤
Share196Tweet123Share49