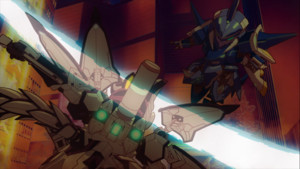 In 2019, a rift to another dimension suddenly opens in the skies above, revealing a “turnabout” alternate world called “Shinkoku Nippon.” This parallel version of Japan maintained its militarism and remains stuck in the Showa era. Shinkoku Nippon invades our Japan with its “Genmu” gas weapons and giant humanoid “Garan” weapons. The invaders immediately take over our government and all but conquer Japan. As a result, our Japan never ushers in the Reiwa era. A decade later, our Japan has been revamped as Genkoku Nippon, a puppet state of Shinkoku Nippon. Under harsh censorship, the once thriving manga, anime, idol, and similar sub-cultures have completely died off…or so it seemed.

Rumble Garanndoll is an original anime and streams on Funimation on Mondays. 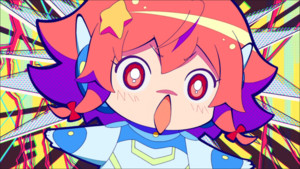