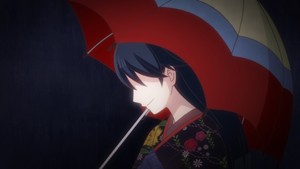 Tamahiko Shima is a young man who lost the use of his right hand in an accident, and now lives in a rural area of Chiba prefecture to take care of his health. One day he meets the naïve and devoted Yuzuki, whom Tamahiko’s father bought to be Tamahiko’s wife. Through this meeting, the pessimistic and withdrawn Tamahiko begins to change.

Taisho Otome Fairy Tale is based on the manga Taisho Otome Otogi Banashi by Sana Kirioka and streams on Funimation on Fridays. 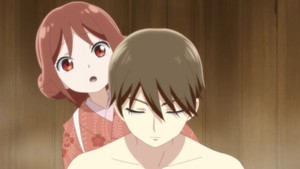 Coming out of this episode, I feel that a fair amount of cultural context might be needed to enjoy the show—context your average non-Japanese viewer might not have. I mean, it’s right there in the title: the word “Taisho” refers to the era between 1912 to 1926 when the emperor of the same name…