Universal Studios Japan announced on Tuesday it will launch a Donkey Kong-themed expansion to its Super Mario World area in 2024. The new area will feature a roller coaster, interactive experiences, themed merchandise, and food. 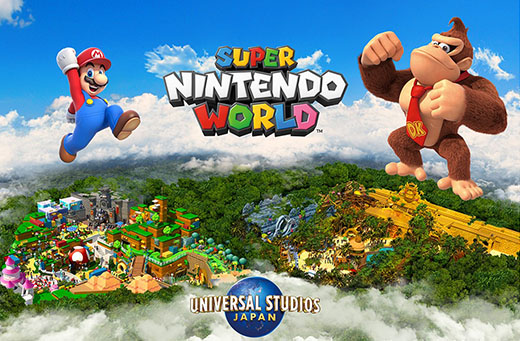 With the addition of the Donkey Kong-themed area, the Super Nintendo World area of the theme park will increase by about 70%.

The Super Nintendo World area of the theme park officially opened on March 18. The park had originally planned to open the area in late July 2020, in time for the 2020 Tokyo Olympics, but delayed the opening to prevent crowding, as a countermeasure against the new coronavirus disease (COVID-19).