The official website for Kodansha‘s Magazine Pocket (Magapoke) app revealed on Saturday that writer Hajime Inoryū and artist Takahiro Ōba will launch a new manga titled Psycho no Sekai (World of Psycho) on the app on September 25. 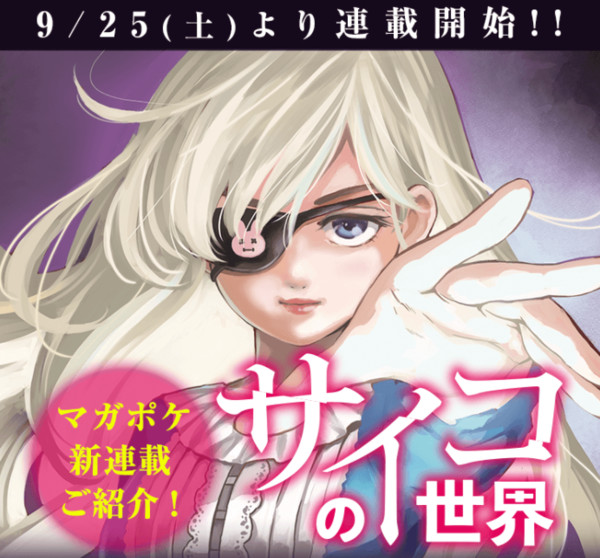 The magazine describes the manga as follows:

Even weak people have fangs. A revenge drama about rebellion and challenging the world.

Ōba and author Tsuina Miura ended their Tenkū Shinpan arrive manga in April. The manga is a sequel to Miura and Ōba’s survival horror manga High-Rise Invasion (Tenkū Shinpan). The manga launched on the Magapoke app in July 2019.

Miura and Ōba launched the original High-Rise Invasion manga on DeNA‘s Manga Box app in December 2013, and ended it in March 2020. Seven Seas Entertainment is publishing the manga in omnibus volumes. Latest chapters of the manga are also available in English digitally on Manga Box‘s…