The official website for the anime film franchise based on San-X‘s Sumikko Gurashi characters began streaming several new videos on Sunday for Eiga Sumikko Gurashi: Aoi Tsukiyo no Mahō no Ko (The Magical Child of the Blue Moonlit Night), the second film in the franchise. The first two minute-long videos feature narration by Yoshihiko Inohara and Manami Honjō, who are returning from the previous film to narrate the new film. The site is also streaming a 30-second version of the video.

The videos reveal that the film will open in Japan on November 5. 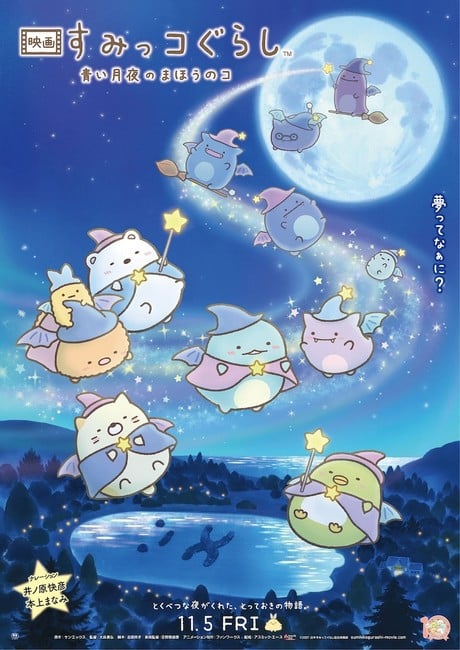