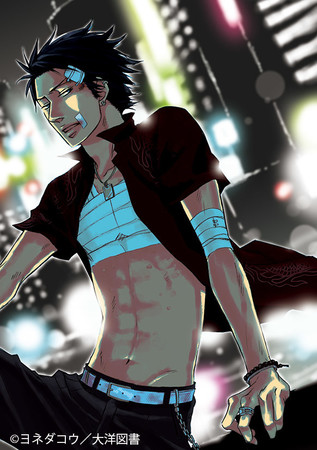 In this prequel to Twitter Birds Never Fly, Yashihiro has his eye on Kuga, a street punk known as the Mad Dog for his irascible temper and flights of rage. But despite Yashihiro’s attempts to recruit the delinquent, Kuga refuses to join the yakuza and have his life dictated by others. Things change, however, when he meets Kageyama, the doctor to the yakuza who might just be able to cool Kuga’s fiery temper.

The OAD shipped with the seventh volume of the manga on March 1. The anime is based on a short story Yoneda wrote…