Ghibli’s CG Earwig and the Witch Will Have U.K. Home Release on September 27 – News

Ghibli’s CG Earwig and the Witch Will Have U.K. Home Release on September 27 – News 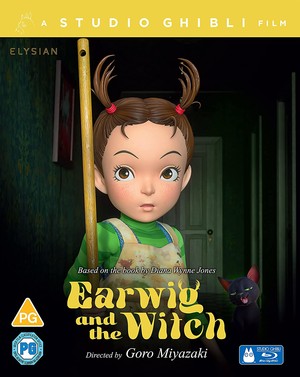 Amazon UK is listing home editions of Studio Ghibli‘s first CG feature Earwig and the Witch, Goro Miyazaki‘s anime adaptation of Diana Wynne Jones‘ novel of the same name, on September 27. There will be a Limited Blu-ray edition (pictured), as well as a Steelbook Blu-ray and a DVD.

Diana Wynne Jones published the novel in 2011, and publisher HarperCollins describes the story:

Not every orphan would love living at St. Morwald’s Home for Children, but Earwig does. She gets whatever she wants, whenever she wants it, and it’s been that way since she was dropped on the orphanage doorstep as a…