The official website for the television anime of Keisuke Makino and Karei‘s Tsuki to Laika to Nosferatu (The Moon, Laika, and Nosferatu) light novel series began streaming a new promotional video for the anime on Thursday. The video previews the anime’s opening theme song “Hi no Tsuki” (Crimson Moon) by Ali Project.

The anime’s website also revealed that the first two episodes of the anime will have a paid online advance screening on September 4. 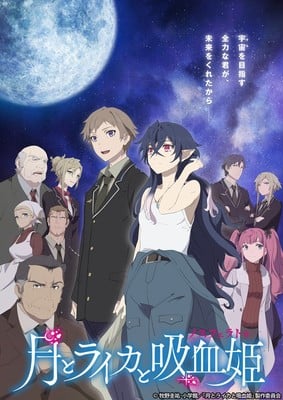 The other cast members include:

The anime will premiere in October on the Tokyo MX, BS NTV, Sun TV, and KBS Kyoto channels.

The original novels’ story is set in a fictional world, 10 years after a long war divided the world into two superpowers: the Union of Zirnitra Republics in the east, and the United Kingdom of Arnak in…