The Once and Future Shaman King – This Week in Anime

The Once and Future Shaman King – This Week in Anime

When we say Shaman King pulls magic from all corners of the world, we aren’t exaggerating. Jean-Karlo and Steve tap into the first season of the new remake and get something far wilder than they imagined.

This film is streaming on Netflix

Jean-Karlo, as a boomer Shaman King noob, I’m going to have a lot of questions for you in the ensuing column, but I think it’s best I begin with the most important one: which laws does this man’s pompadour follow? Because they certainly aren’t human ones. 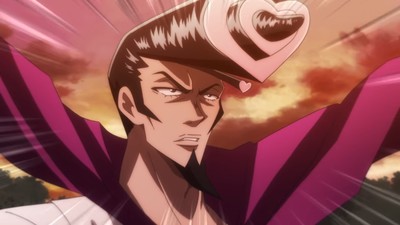 They follow the laws of Friendship™, Effort™ and Victory™, Steve.

I know Nick² have covered the big, bombastic End of Evangelion, but this week had another nostalgia blast for us: Read full Story ➤