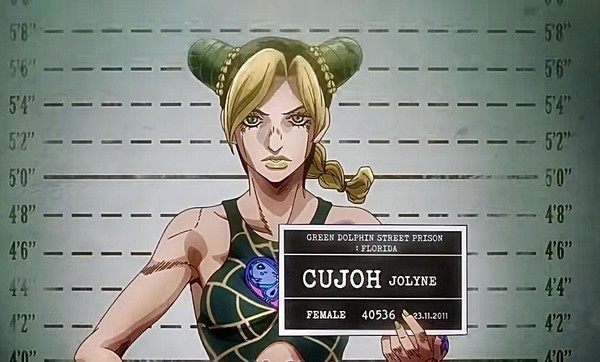 When it comes to shōnen anime, fans love a good protagonist. Or, more accurately, they love a good male protagonist: a boy who is funny, relatable, and easy to root for that embodies the spirit and energy of the genre. This has been the case for the last five seasons of JoJo’s Bizarre Adventure; each Part has given us a unique male title character that has become beloved by fans for their personalities and awesome fighting skills. However, JoJo’s Bizarre Adventure: Stone Ocean will be the long-awaited introduction to Jolyne, the first—and so far, only—female title character in the series. This Part is also the end of the original plotline of the series, putting it in a precarious position to tie up loose ends and provide a strong conclusion. This is a lot of pressure, especially in a genre where female main characters are not only uncommon but also often poorly written….