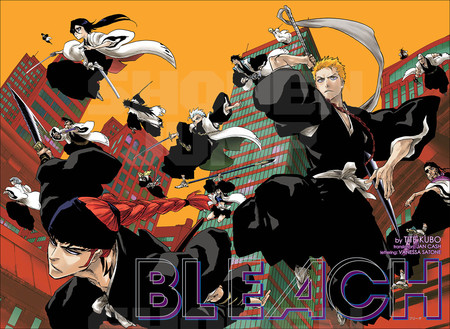 The one-shot ends seemingly on a cliffhanger, and features the words “New Breathes From Hell” in English and “Gokui Meimei-hen” in Japanese, where the character for “hen” is usually used to denote the title of an arc.

This year’s 35th issue of Shueisha‘s Weekly Shonen Jump magazine announced the new chapter commemorating the 20th anniversary of the manga’s launch. The magazine teased the story of the one shot: “Ichigo was invited to Soul Society for a certain ceremony but!?” The magazine’s combined 36th and 37th issue published the chapter on Tuesday.

Kubo launched Bleach in Weekly Shonen Jump in 2001, and ended it in August 2016. Viz Media published the manga in North…