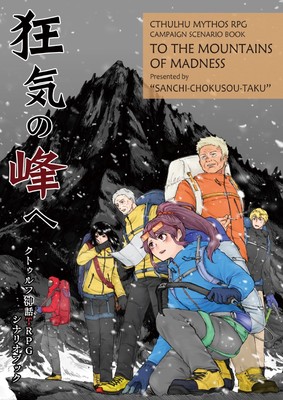 Madaraushi, the developer of the tabletop role-playing game Kyōki Sanmyaku ~Jashin no Sanrei~ (Mountains of Madness ~Summit of the Evil Gods~), announced on Sunday that they are launching a crowdfunding campaign in October to fund a 10-minute pilot anime film Kyōki Sanmyaku that will be the “first step” toward an eventual anime film for the RPG.

Madaraushi stated that image board art and a script for the project are currently being drafted, and that the developer is currently looking for collaborators.

The Cthulu Mythos-themed tabletop RPG takes inspiration from H.P. Lovecraft‘s similarly-titled book At the Mountains of Madness (titled “Kyōki no Sanmyaku ni te” in Japanese), and is a focused scenario that has players exploring and climbing a mountain in a horror-themed story….